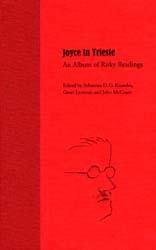 Joyce in Trieste
An Album of Risky Readings