"Challenges nearly all of our comfortable assumptions about Guantánamo. Hickman’s book is a bold and provocative reading of the available record, backed by a deep understanding of the political reality."--Joseph Margulies, author of Guantánamo and the Abuse of Presidential Power


In the aftermath of 9/11, few questioned the political narrative provided by the White House about Guantánamo and the steady stream of prisoners delivered there from half a world away. The Bush administration gave various rationales for the detention of the prisoners captured in the War on Terror: they represented extraordinary threats to the American people, possessed valuable enemy intelligence, and were awaiting prosecution for terrorism or war crimes. Both explicitly and implicitly, journalists, pundits, lawyers, academics, and even released prisoners who authored books about the island prison endorsed elements of the official narrative.

In Selling Guantánamo, John Hickman exposes the holes in this manufactured story. He shines a spotlight on the critical actors, including Rumsfeld, Cheney, and President Bush himself, and examines how the facts belie the "official" accounts. He chastises the apologists and the critics of the administration, arguing that both failed to see the forest for the trees.

By looking at historical examples of prisoners held in continued custody during asymmetric conflicts and national security crises--including different tribes of Native Americans held at Fort Pickens and in St. Augustine, British Fascists imprisoned on the Isle of Man, and Haitian "boat people" detained at Guantánamo--Hickman unravels the putative from the proven and reveals exactly why the current internment of prisoners at the infamous naval base is so unprecedented and unique. Constructing his argument from the existing domestic and international record, he offers an alternate theory that completely contradicts the narrative spun by the Bush administration: the prisoners were put on display as symbols of military victory, punished as substitutes for the architects of 9/11 who remained at large, and used as pawns in a neoconservative move to signal a new U.S. foreign policy that ignored the United Nations, disregarded the Geneva Conventions, and scoffed at the International Criminal Court.

John Hickman is associate professor of government at Berry College.

“Selling Guantanamo is one of the best.”
--The Midwest Book Review

"There is much to learn from Hickman's careful, detailed account."
--Journal for Peace and Justice Studies

“Exposes the holes of the Guantanamo Bay narrative….Hickman does not disappoint….For those looking for a holistic critique on the underpinnings of Guantanamo Bay, Hickman’s book is an incisive starting point.”
--The Muslim Link 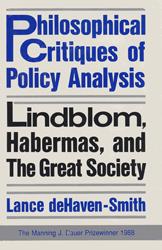