With this volume, Jane Chance concludes her monumental study of the history of mythography in medieval literature. Her focus here is the advent of hybrid mythography, the transformation of mythological commentary by blending the scholarly with the courtly and the personal. 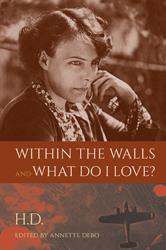 Within the Walls and What Do I Love?

This volume presents two rare works by the American modernist H.D.: Within the Walls, a collection of fourteen short stories, and What Do I Love?, a set of three long poems. 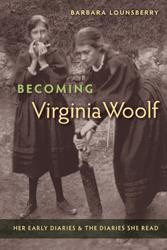 Becoming Virginia Woolf: Her Early Diaries and the Diaries She Read

Barbara Lounsberry traces Woolf’s development as a writer through her first twelve diaries--a fascinating experimental stage, where the earliest hints of Woolf’s pioneering modernist style can be seen.

Old French epic poems, or chansons de geste, are one of the most important traditions of the French Middle Ages. Consisting of approximately 120 poems including the famous Song of Roland, these tremendously popular songs were based on French history but often embellished in fantastical ways and written to be performed by minstrels.

The Miscellaneous Writings and Sterne's Subscribers, an Identification List: Volume 9 of The Florida Edition of the Works of Laurence Sterne

Boccaccio's Fabliaux: Medieval Short Stories and the Function of Reversal

This new and provocative interpretation examines the formal similarities between the Decameron’s tales of wit, wisdom, and practical jokes and the popular thirteenth-century fabliaux.

The love of looking, or scopophilia, is a common motif among female figures in medieval art and literature where it is usually expressed as a motherly or sexually interested gaze--one sanctioned, the other forbidden. Sandra Summers investigates these two major variants of female voyeurism in exemplary didactic and courtly literature by medieval German authors.

An indispensable resource for students, teachers, and anyone who has ever wanted to learn more about this crucial figure of English literature. 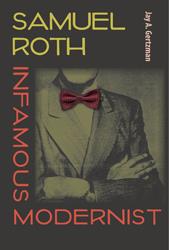 Roth's story portrays a struggle with literary censorship in the mid-twentieth century while providing insights into how modernism was marketed in America. 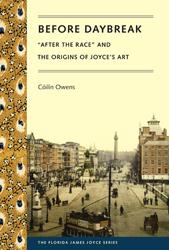 Before Daybreak: "After the Race" and the Origins of Joyce's Art

Cóilín Owens shows that "After the Race" is much more than a story about Dublin at the time of the 1903 Gordon Bennett Cup Race: in reality, it is a microcosm of some of the issues most central to Joycean scholarship.