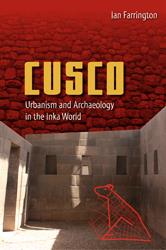 Cusco
Urbanism and Archaeology in the Inka World