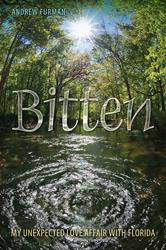 "An eloquent testament to the impact of the special places that exist both in the natural world and within our hearts."--Richard Louv, author of The Nature Principle

"A wonderful book about enjoying everything our state has to offer. It’s interesting that a new Floridian is showing old Floridians what Florida is all about."--Jeff Klinkenberg, author of Alligators in B-Flat: Improbable Tales from the Files of Real Florida

"Furman reminds us that nature is a part of everyday life. While showing us how to engage friends and family in enjoying and understanding the real Florida, he presents the stories behind the flora and fauna he encounters."--Sandra Friend, author of Exploring Florida’s Botanical Wonders

"Adroitly tells the story of and wrestles with one of the most historically rich and environmentally compromised areas of the United States. Required reading for anyone who cares about both the past and future of one of America’s most unique and important places."--Casey Clabough, author of Confederado: A Novel of the Americas and The Warrior’s Path: Reflections along an Ancient Route


When Andrew Furman left the rolling hills of Pennsylvania behind for a new job in Florida, he feared the worst. While he’d heard much of the fabled "southern charm," he wondered what could possibly be charming about fist-sized mosquitoes, oppressive humidity, and ever-lurking alligators.
It wasn’t long before he began to notice that the real Florida right outside his office window was very different from the stereotypes portrayed in movies, television, and even state-promoted tourism advertisements. In Bitten, Furman shares his amazement at the beautiful and the bizarre of his adopted state. Over seventeen years, he and his family have shed their Yankee sensibilities and awakened to the terra incognita of their new home.
As he learns to fish for snook--a wily fish that inhabits, among other areas, the concrete-lined canals that crisscross the state--and seeks out the state’s oldest live oak, a behemoth that pre-dates Columbus, Furman realizes that falling in love with Florida is a fun and sometimes humbling process of discovery. Each chapter highlights a fascinating aspect of his journey into the natural environment he once avoided, from snail kites to lizards and cassia to coontie.
Sharing his attempts at night fishing, growing native plants, birding, and hiking the Everglades, Furman will inspire you to explore the real Florida. And, if you aren’t lucky enough to reside in the Sunshine State, he’ll at least convince you to unplug for an hour or two and enjoy the natural beauty of wherever it is you call home.

Andrew Furman is professor of English at Florida Atlantic University and teaches in its MFA program in creative writing. His most recent book is My Los Angeles in Black and (Almost) White.

This love letter to the Sunshine State is a collection of witty observations and simple pleasures.
--Publishers Weekly

Totally engaging collection of short essays about his 17-year journey toward a deep understanding of the place he has chosen to make his home.
--Florida Weekly

Whether relating the tale of a hunt for the elusive fish known as the snook, describing a family trip to visit Florida’s champion live oak tree, or chronicling the daily rituals of the ordinary squirrel, Furman crafts a good story.
--Foreword

A rewarding form of environmental exploration that models beautifully how curiosity, attention, and appreciation can be brought to bear even on the most compromised landscapes.
--Interdisciplinary Studies in Literature and Environment

Professor Furman displays an academic’s heart for deep research; a naturalist’s eye for the enigmatic patterns in nature; a poet’s ear for words that bring it all to life.
--Little Curlew Press (blog)