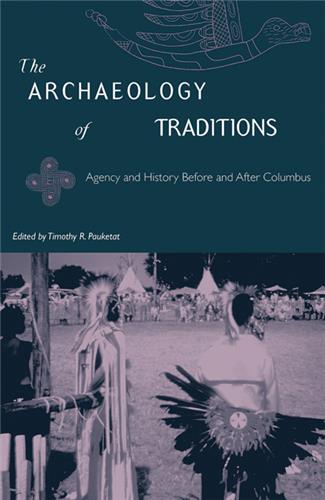 The Archaeology of Traditions:
Agency and History Before and After Columbus

"At last, southeastern archaeology as history of people, not just 'cultures'."--Patricia Galloway, Mississippi Department of Archives and History


Rich with the objects of the day-to-day lives of illiterate or common people in the southeastern United States, this book offers an archaeological reevaluation of history itself: where it is, what it is, and how it came to be. Through clothing, cooking, eating, tool making, and other mundane forms of social expression and production, traditions were altered daily in encounters between missionaries and natives, between planters and slaves, and between native leaders and native followers. As this work demonstrates, these "unwritten texts" proved to be potent ingredients in the larger-scale social and political events that shaped how peoples, cultures, and institutions came into being. These developments point to a common social process whereby men and women negotiated about their views of the world and—whether slaves, natives, or Europeans—created history. Bridging the pre-Columbian and colonial past, this book incorporates current theories that cut across disciplines to appeal to anthropologists, historians, and archaeologists.


Timothy R. Pauketat, associate professor of anthropology at the University of Illinois, Urbana, is the author of The Ascent of Chiefs and coeditor of Cahokia: Domination and Ideology in the Mississippian World.